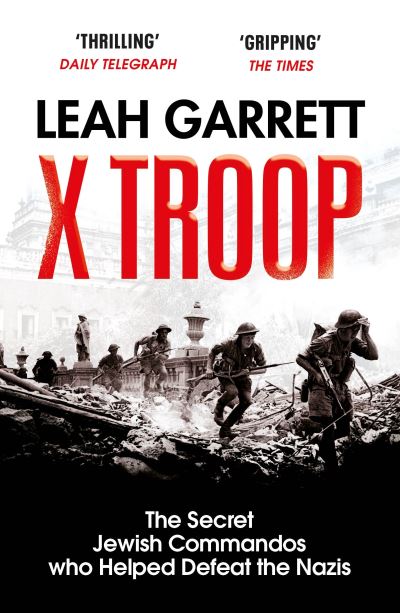 THE UNTOLD STORY OF BRITAIN'S MOST SECRETIVE SPECIAL FORCES UNIT June 1942. The shadow of the Third Reich falls across Europe. In desperation, Winston Churchill and his chief of staff form an unusual plan - a new commando unit made up of Jewish refugees. This top secret unit becomes known as X Troop. Others simply call them a suicide squad. From British internment camps, to the beaches of Normandy, the battlefields of Italy and Holland, and the hellscape of Terezin concentration camp, Leah Garrett follows this band of brothers who will stop at nothing to defeat the Nazis. 'A thrilling, stirring story' Daily Telegraph 'Gripping... Garrett's chief strength is her ability to relight the lamps of the past so that they glow anew' The Times