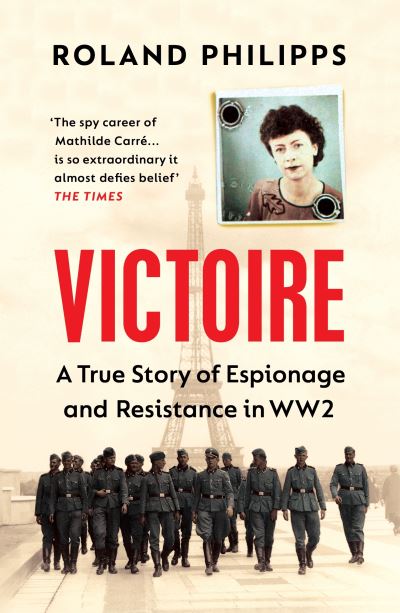 'The wartime spy career of Mathilde Carré - aka "the Cat" and "Agent Victoire" - is so extraordinary it almost defies belief' The Times An exhilarating true story of espionage, resistance, and one of WW2's most charismatic double-agents. Occupied Paris, 1940. A woman in a red hat and a black fur coat hurries down a side-street. She is Mathilde Carré, codenamed 'the Cat', later known as Agent Victoire - charismatic, daring and a spy. These are the darkest days for France, yet Mathilde is driven by a sense of destiny that she will be her nation's saviour. Soon, she is at the centre of the first great Allied intelligence network of the Second World War. But as Roland Philipps shows in this extraordinary account of her life, when the Germans close in, Mathilde makes a desperate and dangerous compromise. Nobody - not her German handler, nor the Resistance and the British - can be certain where her allegiances now lie... 'A truly astonishing story, meticulously and brilliantly told' Philippe Sands, author of The Ratline 'Gripping... Enough plot twists and moral ambiguity to satisfy any spy novelist' Spectator