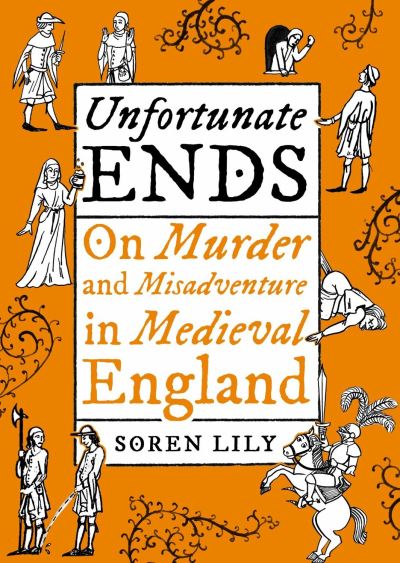 Thomas, son of Henry Robekyn, died 1286 after cutting off his left foot and then his left hand in a frenzy. Henry Debordesle, died 1343. Long sick with diseases, smote himself in the belly with a knife worth one penny. On 11 August 1267, Henry Constentin is driving a horse-drawn cart of wheat through the field of Tweedscroft. His feet slip and he falls upon 'a certain pole' of his cart 'so that it penetrate[s] into his fundament'.  From the creator of Twitter's Medieval Death Bot comes Unfortunate Ends, an illuminating collection of in-depth looks at some of the most interesting cases from medieval coroners' rolls. From the bizarre to the mundane, each death tells a tale from a dangerous time to be alive, and even to die. Coroners' rolls list every inquest held for a death by misadventure - or accident - as well as grisly murders, some witnessed by others, some only coming to light when the hidden body was found. A handful of these deaths rise to the top, their tales too ridiculous or heartbreaking to not be spun again for the modern ear. Through death, Unfortunate Ends gives us a rare, first-hand look into everyday life for the common people of medieval England.