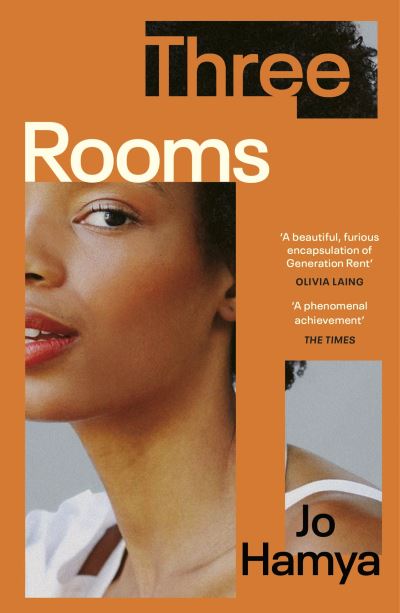 Something about your generation I've noticed, she said not unkindly once I had fallen silent, is that you give up very easily. Autumn 2018. A young woman starts a job as a research assistant at Oxford. But she can't shake the feeling that real life is happening elsewhere. Eight months later she finds herself in London. She's landed a temp contract at a society magazine and is paying £80 a week to sleep on a stranger's sofa. As the summer rolls on, tensions with her flatmate escalate. She is overworked and underpaid, spends her free time calculating the increasing austerity in England through the rising cost of Freddos. The prospects of a permanent job seem increasingly unlikely, until she finally asks herself: is it time to give up? **A NEW STATESMAN BOOK OF THE YEAR ** ________________________________ PRAISE FOR THREE ROOMS 'I was bowled over by this barbed, supple book...spiky, unsettling.' OLIVIA LAING 'Cool, sharp and perceptive' Stylist 'Crisp and resonant' New Statesman 'A phenomenal achievement' The Times 'One of the most candid and subtle explorations of class by an English novelist in recent years' TLS 'A biting dissection of privilege, race, inequality and ideology in 21st century Britain' i 'Jo Hamya is an exceptionally gifted writer...slowly but surely broke my heart' CLAIRE-LOUISE BENNETT 'Intelligent, melancholy, funny and subtle' CHRIS POWER 'Both spectral and steeped in contemporary reality' OLIVIA SUDJIC 'Resigned to renting forever and feeling guilty every time you buy a cup of coffee? You'll want to read Jo Hamya's urgent and intelligent debut' EVENING STANDARD