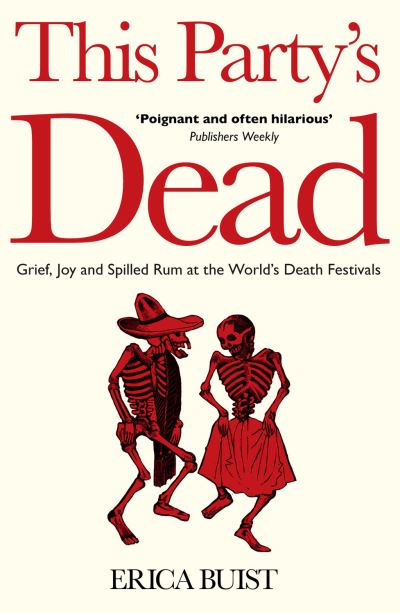 'Poignant and often hilarious' Publishers Weekly What if we responded to death... by throwing a party? By the time Erica Buist's father-in-law Chris was discovered, upstairs in his bed, his book resting on his chest, he had been dead for over a week. She searched for answers (the artery-clogging cheeses in his fridge?) and tried to reason with herself (does daughter-in-law even feature in the grief hierarchy?) and eventually landed on an inevitable, uncomfortable truth: everybody dies . With Mexico's Day of the Dead festivities as a starting point, Erica decided to confront death head-on by visiting seven death festivals around the world - one for every day they didn't find Chris. From Mexico to Nepal, Sicily, Thailand, Madagascar, Japan and finally Indonesia - with a stopover in New Orleans, where the dead outnumber the living ten to one - Erica searched for the answers to both fundamental and unexpected questions around death anxiety. This Party's Dead is the account of her journey to understand how other cultures deal with mortal terror, how they move past the knowledge that they're going to die in order to live happily day-to-day, how they celebrate rather than shy away from the topic of death - and how when this openness and acceptance are passed down through the generations, death suddenly doesn't seem so scary after all.