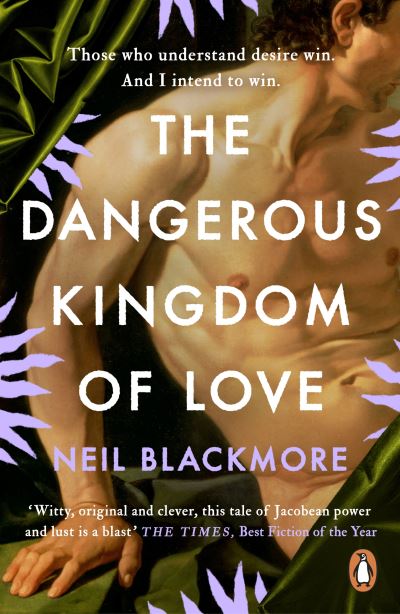 The Dangerous Kingdom of Love

'Witty, original and clever, this tale of Jacobean power and lust is a blast' THE TIMES , Best Historical Fiction of the Year Francis Bacon, philosopher, politician, writer, is an outsider at the court of King James I. He is clever but not aristocratic, has ambition but no money. So when his political enemies form a deadly alliance against him, centred around the King's poisonous lover Robert Carr, Bacon has no choice but to fight for his survival. Together with the neglected Queen, Bacon resolves to find a beguiling young man who can supplant Carr in the King's bed. But as Bacon soon discovers, desire is not something that can be controlled. Bold, irreverent and utterly original, The Dangerous Kingdom of Love is a darkly witty satire about power, and a moving queer love story that resonates through time. 'An entertaining and very funny read with something to say about both the love of power and the power of love' SUNDAY TIMES 'Brilliant ... Like Wolf Hall meets Succession ... Scandalous, politically perceptive and unexpectedly heartfelt' APPLE