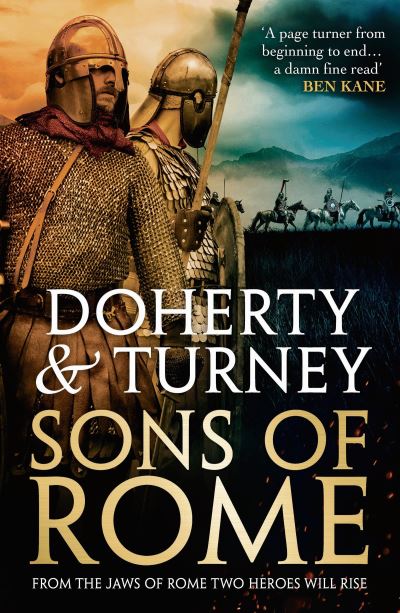 'A page turner from beginning to end... A damn fine read' Ben Kane. Four Emperors. Two Friends. One Destiny. As twilight descends on the 3rd century AD, the Roman Empire is but a shadow of its former self. Decades of usurping emperors, splinter kingdoms and savage wars have left the people beleaguered, the armies weary and the future uncertain. And into this chaos Emperor Diocletian steps, reforming the succession to allow for not one emperor to rule the world, but four. Meanwhile, two boys share a chance meeting in the great city of Treverorum as Diocletian's dream is announced to the imperial court. Throughout the years that follow, they share heartbreak and glory as that dream sours and the empire endures an era of tyranny and dread. Their lives are inextricably linked, their destinies ever-converging as they rise through Rome's savage stations, to the zenith of empire. For Constantine and Maxentius, the purple robes beckon... Praise for Gordon Doherty and Simon Turney: 'A page turner from beginning to end... A damn fine read' Ben Kane, author of Lionheart 'The Rise of Emperors series is first-rate Roman fiction. Doherty and Turney each breathe life into their respective characters with insight and humanity' Matthew Harffy, author of Wolf of Wessex 'A nuanced portrait of an intriguing emperor' The Times (on Turney's Commodus ) 'A meticulously researched and vivid reimagining of an almost forgotten civilisation' Douglas Jackson, author of Hero of Rome (on Doherty's Empires of Bronze ) 'Sons of Rome is an intriguing and highly polished piece of historical fiction' James Tivendale from Grimdark Magazine