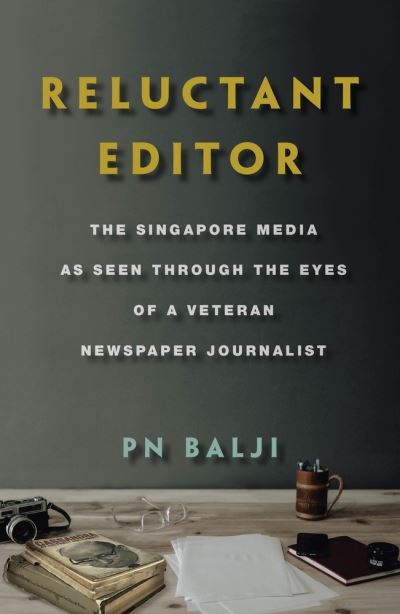 These are the unpublished stories about the stories that you may have read in Singapore newspapers over the years. Above all, they are Singapore media stories as experienced first-hand by a veteran journalist who had to be persuaded to become Editor of a leading newspaper. PN Balji was an active participant in mainstream journalism, having spent nearly 40 years working in five newsrooms. He was part of a hardy generation of newspaper editors who wrestled with editorial issues and made tough decisions, sometimes against the will of authority. He also had a ringside view of his colleagues' tussles and confrontations with the government. In Reluctant Editor, Balji weaves a compelling narrative, with anecdotes, of an alternative story of how some editors of his generation managed to hold the ground in challenging times. He brings back the drama, mostly played behind the scenes, and attempts to answer the question: What made the editors of the 1970s, 80s and 90s act the way they did? It was a life lived dangerously; some lost their jobs, some had to leave the country and some decided to give in and lived to fight another day.