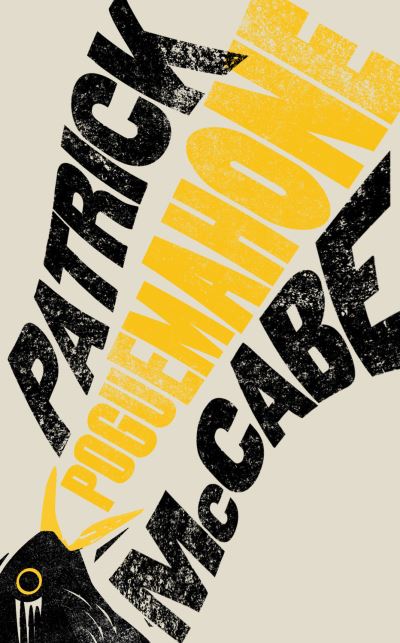 'If you're looking for this century's Ulysses , look no further . a stunningly lyrical novel' Alex Preston, Observer 'Pitched - deliriously - between high modernism and folk magic, between gorgeous free-verse and hilarious Irish vernacular, Poguemahone  is a stunning achievement . profoundly affecting' David Keenan 'A blistering, brilliant ballad of mad tales from rural Ireland to London Town. The characters are electric, the narrative fuelled with a brilliant frenetic energy. McCabe is truly original' Elaine Feeney Dan Fogarty, an Irishman living in England, is looking after his sister Una, now seventy and suffering from dementia in a care home in Margate. From Dan's anarchic account, we gradually piece together the story of the Fogarty family. How the parents are exiled from a small Irish village and end up living the hard immigrant life in England. How Dots, the mother, becomes a call girl in 1950s Soho. How a young and overweight Una finds herself living in a hippie squat in Kilburn in the early 1970s. How the squat appears to be haunted by vindictive ghosts who eat away at the sanity of all who live there. And, finally, how all that survives now of those sex-and-drug-soaked times are Una's unspooling memories as she sits outside in the Margate sunshine, and Dan himself, whose role in the story becomes stranger and more sinister. Poguemahone is a huge, shape-shifting epic from one of modern Ireland's greatest writers. It is a wild, free-verse monologue, steeped in music and folklore, crammed with characters, both real and imagined, on a scale Patrick McCabe has never attempted before.