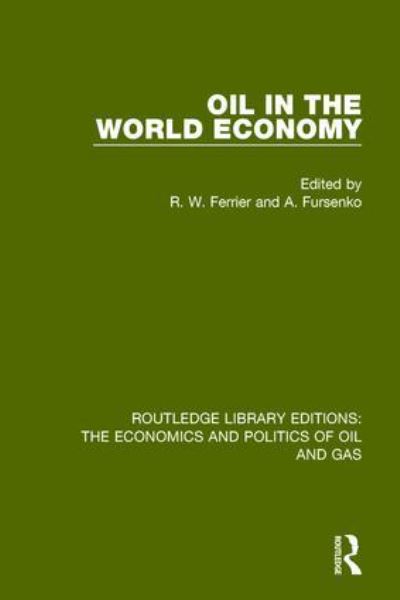 Oil in the World Economy

This book discusses the oil industry and its impact on the world economy in the twentieth century. It examines the importance of oil in different sectors, from 1900-1973 and stresses the relevance of oil as a factor in modern economic history not only in national terms but also within an international context. The book includes chapters on American policy towards developing economies in the first half of the 20th century; the policy of Russian oil exports in the 20s and 30s; the financing of the German and French oil industries; and the role of oil in the Japanese economy, a major industrial country without oil resources. On the international front, the book covers the impact of the Middle East national oil companies, the effect of oil on the developing countries of South Ameirca and the relevance of the oil crisis of 1973.