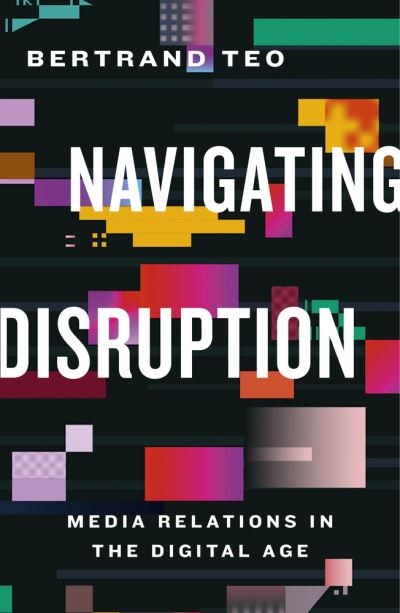 The connection between the media and popular culture is inextricably linked. What we listen to, watch and consume, influences our way of life, and shapes the stories that content creators tell through mass media. With digitalization, the ways in which storytellers reach their audience have evolved significantly. Navigating Disruption: Media Relations in the Digital Age offers an insight into this digital evolution through the eyes of a working-level journalist. This book tells the story of the seismic shift in media operations in both US and Singapore newsrooms between 2011 and 2015, when Bertrand Teo witnessed the cascading impact of digitalization in newsrooms across transnational borders. His foray into public relations - post-journalism - helped him to frame the impact of digitalization on Singapore audiences. Bertrand shares his take on media consumption habits among youth and how PR tactics have adapted to the evolving media landscape.