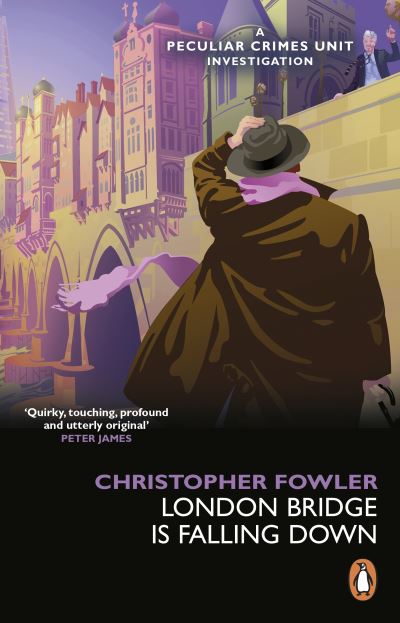 London Bridge Is Falling Down

'If you have never entered the curious world of Bryant and May, you're in for a treat.' THE TIMES It was the kind of story that barely made the news. When 91-year-old Amelia Hoffman died in her top-floor flat on a busy London road, it's considered an example of what has gone wrong with modern society: she slipped through the cracks in a failing system. But detectives Arthur Bryant and John May of the Peculiar Crimes Unit have their doubts. Mrs Hoffman was once a government security expert, even though no one can quite remember her. When a link emerges between the old lady and a diplomat trying to flee the country, it seems that an impossible murder has been committed. Mrs Hoffman wasn't the only one at risk. Bryant is convinced that other forgotten women with hidden talents are also in danger. And, curiously, they all own models of London Bridge. With the help of some of their more certifiable informants, the detectives follow the strangest of clues in an investigation that will lead them through forgotten alleyways to the city's oldest bridge in search of a desperate killer. But just when the case appears to be solved, they discover that Mrs Hoffman was smarter than anyone imagined. There's a bigger game afoot that could have terrible consequences. It's time to celebrate Bryant and May's twentieth anniversary as their most lunatic case yet brings death and rebirth to London's most peculiar crimes unit.