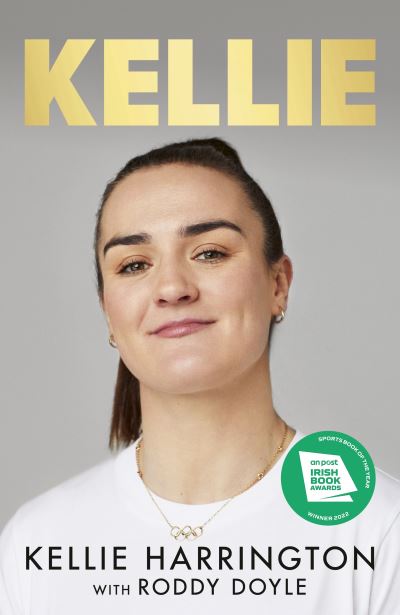 WINNER OF THE AN POST SPORTS BOOK OF THE YEAR AWARD 2022 The bestselling memoir of an Olympic champion is a knockout gift this Christmas! After Kellie Harrington won gold at the Tokyo Olympics, the Irish public recognized her as not merely a sporting hero, but a deeply inspirational human being. Now, Kellie tells the story of her unlikely journey to the top, and of the many obstacles and setbacks she overcame along the way. Growing up in Dublin's north inner city, Kellie was in danger of going down the wrong path in life before she discovered boxing. The local boxing club was all-male and initially wouldn't let her join, but she persisted. She was not an overnight success. For years she struggled in international competition. At times she felt unsupported by the national boxing set-up. More than once she considered giving up the sport. But some spark of ambition and love for boxing kept her going, and gradually she made herself world class. Writing with Roddy Doyle, the award-winning author of The Commitments , Kellie tells the story of her unlikely rise to greatness and her continuing dedication to living a normal life - which has involved remaining an amateur boxer and keeping the job she loves, at a Dublin psychiatric hospital. She shares vivid and revealing details about being a woman in a historically male sport, and about how she manages her body and her mind. It is a vastly inspiring look inside the life and psychology of a woman who is both brilliantly ordinary and utterly exceptional. 'Her voice is so radiant' Sunday Independent 'The full Kellie experience, all heart and laughs and a mouth like a sailor' Malachy Clerkin 'A terrific collaboration' Books of the Year, Irish Times