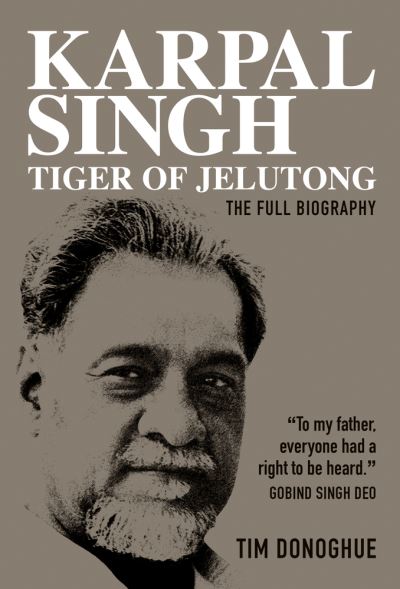 Karpal Singh is widely regarded as Malaysia's best criminal and constitutional lawyer. His sudden death on 17 April 2014 in a horrific car accident - just a month after he was convicted of sedition in the High Court - shocked and saddened Malaysians to the core and left a deep void in the country's legal and political landscape.Karpal was a fearless advocate for justice and a defender of human rights in South East Asia and has appeared in the Privy Council in London on a number of occasions before such appeals were abandoned by Malaysia. He is renowned for his defence of many people from nations who have faced the death penalty under Malaysia's Dangerous Drug Act. In recent years, one of his biggest achievements was his successful defence of former Deputy Prime Minister Anwar Ibrahim on two charges of sodomy in 2012. On the night he died, Karpal was still fighting for Anwar, who had been convicted once again of sodomy, and seeking to reassure him. He told the Opposition leader in a telephone call he would do his best in the prosecution's 'fast-tracked' Federal Court of Appeal. Indeed, Karpal had Anwar's files with him in his vehicle when the fateful crash occurred. In this edition with a new foreword by Karpal's son, Gobind Singh Deo, veteran journalist Tim Donoghue completes the biography of Malaysia's tenacious and principled lawyer-politician.