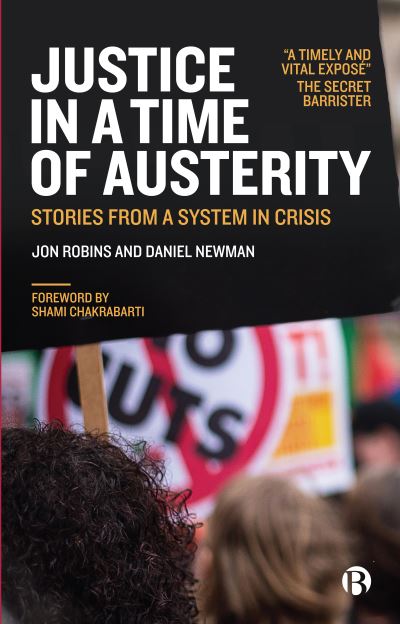 Justice in a Time of Austerity

How are poverty and social inequality entrenched through a failing justice system? In this important book, Jon Robins and Daniel Newman examine how the lives of people already struggling with problems with their welfare benefits, jobs, housing and immigration are made much harder by cuts to legal aid and the failings of our creaking justice system. Over the course of 12 months, interviews were carried out on the ground in a range of settings with people as they were caught up in the justice system, in a range of settings such as foodbanks in a church hall in a wealthy part of London; a community centre in a former mining town; a homeless shelter for rough sleepers in Birmingham; and a destitution service for asylum seekers in a city on the South coast, as well as in courts and advice agencies up and down the country. The authors argue that a failure to access justice all too often represents a catastrophic step in the life of the person concerned and their family. This powerful, yet moving, account humanises the hostile political debates that surround legal aid and reveals what access to justice really means in Austerity Britain.