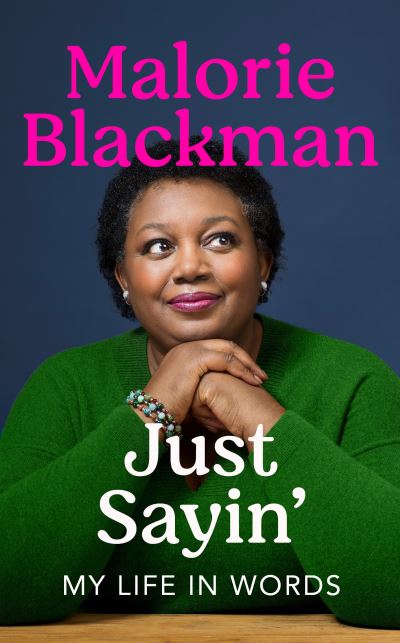 'It's very candid, and movingly so.... Not only in Blackman a grafter- even more, and in the face of more, than we already knew. She's someone with whom you do not mess. Good on her. She's earned it' The Telegraph Malorie Blackman is one of Britain's best and most beloved children's authors, the landmark Noughts & Crosses series included amongst her many books. Her journey to becoming a writer was a long one, but throughout it all she retained a sense of wonder and humour. Before her BAFTA award wins, her OBE and appointment as Children's Laureate in 2013, Malorie was a young girl from South London who fell in love with books and found a home in her local library and a world of words at her fingertips. From embracing her alternative way of seeing the world and all its fascinating differences and possibilities; to her desire to share that passion with others by becoming an English teacher but being told no by her careers advisor because of her race; to the doctor who told her she would be dead by thirty when she was diagnosed with sickle cell, and the eighty plus rejection letters she received from publishers before her first ever children's book was published. Her life's journey - has been an eventful one - marked by trauma, trials, and triumph, yet in spite of all the many setbacks in her life, she held fastidiously on to her dream of becoming a writer. Malorie charts her life not in a succinct order of events, but against the principles which have motivated her journey and reasons for becoming a writer - wonder, loss, anger, perseverance, representation, and love. Each tenet has played a unique role in inspiring her writing, her deep resolve and infectious zest for life. Through this lens of extraordinary experiences Malorie offers insight into the nature of growing up in post-war Britain, why we must protect the arts, the fraught navigation of our healthcare system, and surviving structural and societal racism. Funny, frank, and full of life lessons, Just Sayin' is the deeply personal and vividly compelling story of a natural storyteller, her incredible life which defied expectations and inspired a generation.