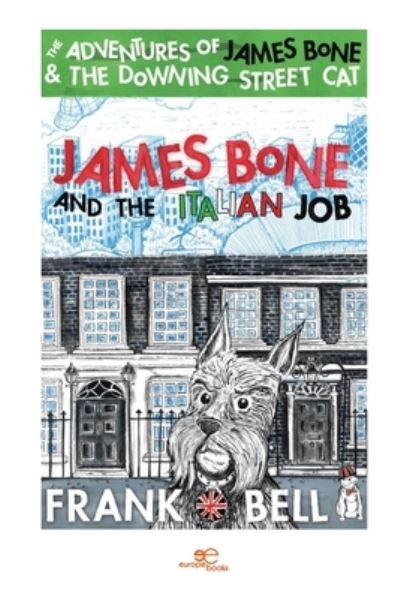 James Bone and the Italian Job

Although Frank Bell thinks up lots of stories, The Adventures of James Bone Secret Agent was always his wife's favourite, and she has often encouraged him to get around to finding the time to write down the first adventure. This book is about the adventures of James and his cat and dog friends, working as secret agents to protect our county. Frank chose Elena D'Cruze-Reynolds as the illustrator for The Adventures of James Bone as he really likes her detailed and quirky style. Frank Bell, author of The Adventures of James Bone, Secret Agent, is a businessman. Whenever he is not at work, he loves to involve himself in creative or sporty things, whether it's writing, painting, gardening, cycling or playing tennis. When he's not busy doing this, he loves to spend time with his family and have fun with a few very close friends. He has been writing for a long time. He has created several children's books including two series of books called Panda Patrol and Louis The Lifeboat. Elena D'Cruze-Reynolds, the illustrator of the book, lives in Carmarthenshire with her husband and two daughters. When she isn't cooking spaghetti, washing dishes, hanging out the laundry, being a taxi driver, nurse, referee or learning Welsh; she can be found in her creative space Y Stiwdio Mama, wearing an old bobble hat that keeps her cosy and like magic helps her find inspiration. There, alongside her three very attentive artist's assistants, also known as the goldfish (Tân Gwyllt, Morgan and Lyne), she submerges herself into the land of doodles. Elena has illustrated and character-designed for Gomer Press, Baby Buzz Magazine, Mindful Ted and Jelly Cat. James Bone and The Italian Job is her debut children's book and she's very thrilled to have been part of his exciting adventure. What a daring dog he is! If you want to see more of her art for the young and young at heart, pop over to her Facebook page: Live, Love & Doodle, she always loves welcoming new friends.