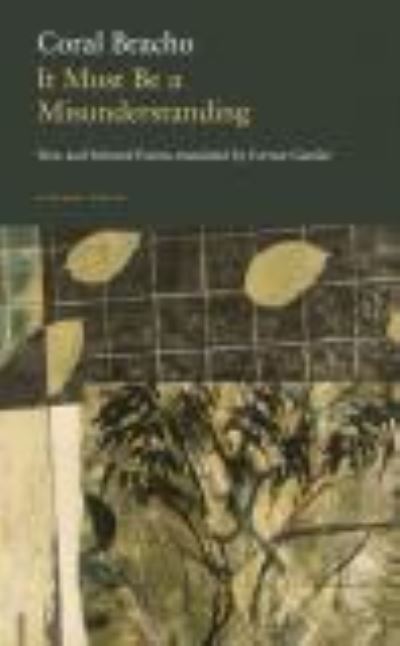 It Must Be a Misunderstanding

Mexican poet, teacher and translator Coral Bracho was born in Mexico City in 1951. She has published several books, two in English thanks to the brilliant poet-translator Forrest Gander, who has put this composite volume together, the first time Bracho has been extensively published in the UK. An extensive selection from Bracho's earlier work, which 'altered the landscape of Mexican poetry' (World Literature Today), is accompanied by the entirety of her new book, of which Gander writes: 'Although composed of individual poems, It Must Be a Misunderstanding is really a deeply affecting book-length work whose force builds as the poems cycle through their sequences. The "plot" follows a general trajectory-from early to late Alzheimer's-with non-judgmental affection and compassionate watchfulness. We come to know an opinionated, demonstrative elderly woman whose resilience, in the face of her dehiscent memory, becomes most clear in her adaptive strategies. The poems involve us in the mind's bafflement and wonder, in its creative quick-change adjustments, and in the emotional drama that draws us across the widening linguistic gaps that reroute communication. Bracho's poems have philosophical and psychological underpinnings even when they are descriptive. Her work has always managed to mix abstraction and sensuality, but in this book the two merge into a particularly resonant combination. 'We are inside a mind, maybe many minds, considering a mystery with signal attentiveness, openness, and love.'