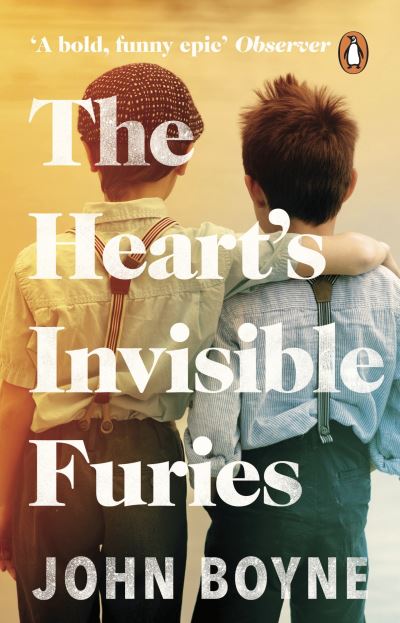 'Compelling and satisfying... At times, incredibly funny, at others, heartrending' Sarah Winman, author of When God Was a Rabbit Forced to flee the scandal brewing in her hometown, Catherine Goggin finds herself pregnant and alone, in search of a new life at just sixteen. She knows she has no choice but to believe that the nun she entrusts her child to will find him a better life. Cyril Avery is not a real Avery, or so his parents are constantly reminding him. Adopted as a baby, he's never quite felt at home with the family that treats him more as a curious pet than a son. But it is all he has ever known. And so begins one man's desperate search to find his place in the world. Unspooling and unseeing, Cyril is a misguided, heart-breaking, heartbroken fool. Buffeted by the harsh winds of circumstance towards the one thing that might save him from himself, but when opportunity knocks, will he have the courage, finally, take it?