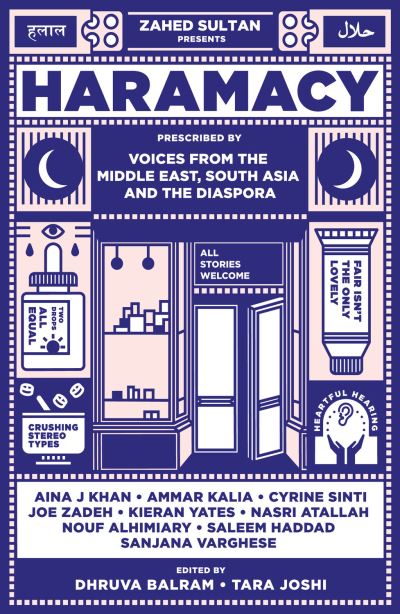 'A beautiful love letter to the diaspora, Haramacy  is an essential collection of essays that push the conversation forward on issues to do with visibility, mental health, race and class' Nikesh Shukla 'A superbly crafted collection of essays. Often elegant, often visceral, always essential' Musa Okwonga Journalism in the UK is 94 per cent white and 55 per cent male, while only 0.4 per cent of journalists are Muslim and 0.2 per cent are Black. The publishing industry's statistics are equally dire. Many publications will use British Black, Indigenous People of Colour when it's convenient; typically, when the region the writer represents is topical and newsworthy. Otherwise, their voices are left muted. Haramacy amplifies under-represented voices. Tackling topics previously left unspoken, this anthology offers a space for writers to explore ideas that mainstream organisations overlook. Focusing on the experiences of twelve Middle Eastern and South Asian writers, the essays explore visibility, invisibility, love, strength and race, painting a picture of what it means to feel fractured - both in the UK and back home. Appreciating both heritage and adopted home, the anthology highlights the various shades that make up our society. The title, Haramacy , is an amalgamation of the Arabic word 'haram', meaning indecent or forbidden, and the English word 'pharmacy', implying a safe, trustworthy space that prescribes the antidote to ailments caused by intersectional, social issues. The book features contributions by novelists, journalists, and artists including Aina J. Khan, Ammar Kalia, Cyrine Sinti, Joe Zadeh, Kieran Yates, Nasri Atallah, Nouf Alhimiary, Saleem Haddad and Sanjana Varghese, as well as essays by editors Dhruva Balram, Tara Joshi and Zahed Sultan.