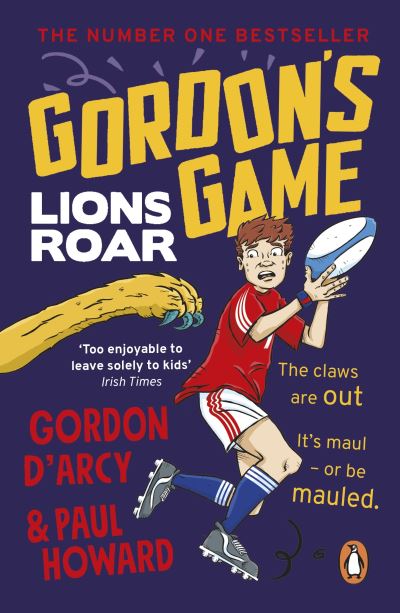 Gordon is back again for his biggest challenge yet in the third book of the hilarious Gordon's Game series! __________ Gordon D'Arcy has achieved a lot in his short life. He has won the Six Nations with Ireland and the European Cup with Leinster. Not bad for a boy who's still at school! Now, he has a brand-new opportunity - the chance to play for the famous British and Irish Lions as they tour South Africa. But before he can get on the plane, he must overcome the injury that threatens to end his career, and make the difficult choice between rugby and friendship. Gordon has to help Clive Woodward pull off a series win against South Africa and their fearsome forwards - the notorious Bomb Squad. And he certainly has to keep his wits about him when he finds himself in a wildlife reserve, surrounded by animals that want to eat him for dinner! Is another dream about to come true for Gordon D'Arcy? Or has this young Lion finally bitten off more than he can chew?