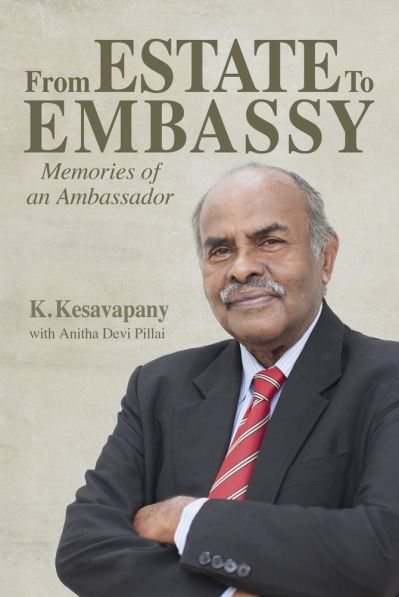 From Estate To Embassy

This biography documents K. Kesavapany's journey from the Malayan estates in the late 1930s to his move to Singapore when he was headhunted to join the Singapore Civil Service in the 1970s, and from his entry into Singapore's Ministry of Foreign Affairs (MFA) to his subsequent sojourns abroad, such as in Australia, Turkey, Geneva, Jordan, Indonesia, Russia, United Kingdom and Malaysia. After retiring from his last post with the MFA, he took on the position of Director of the Institute of Southeast Asian Studies at the National University of Singapore. This book also elaborates on the next phase of his journey where he holds several prominent portfolios in Singapore's social and academic scene, such as at the Lee Kuan Yew School of Public Policy, Dyslexia Association of Singapore, Singapore Indian Association, Inter-Religious Organization, as well as the Singapore International Foundation.