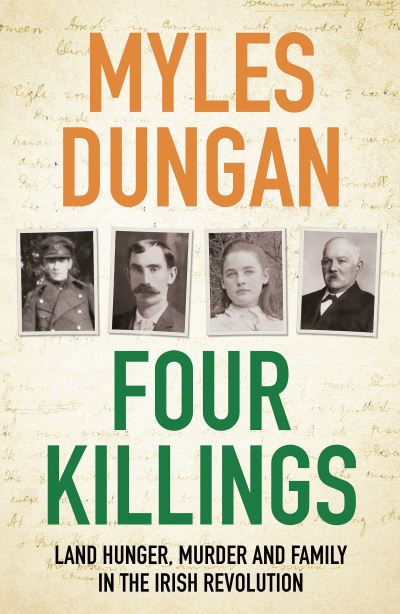 The story of a single family during the Irish Revolution, Four Killings is a book about political murder, and the powerful hunger for land and the savagery it can unleash. 'A vivid and chilling narrative... Confronts uncomfortable questions that still need answering' Roy Foster 'Marries acute storytelling skills with scholarship, fortified throughout by the author's wry sense of humour' Michael Heney 'Narrative history, told through a unique prism' Irish Sunday Independent 'Dungan knows his history; he also knows how to tell a story... A gem of a book' RTÉ Culture 'Sober and intelligent... Dungan does a fine job of showing that little people can make history too' Business Post Myles Dungan's family was involved in four violent deaths between 1915 and 1922. Jack Clinton, an immigrant small farmer from County Meath, was murdered in the remote and lawless Arizona territory by a powerful rancher's hired assassin; three more died in Ireland, and each death is compellingly reconstructed in this extraordinary book. What unites these deaths is the violence that engulfed Ireland during the war of independence, but also the passions unleashed by arguments over the ownership of the soil. In focusing on one family, Four Killings offers an original perspective on this still controversial period: a prism through which the moral and personal costs of violence, and the elemental conflict over land, come alive in surprising ways.