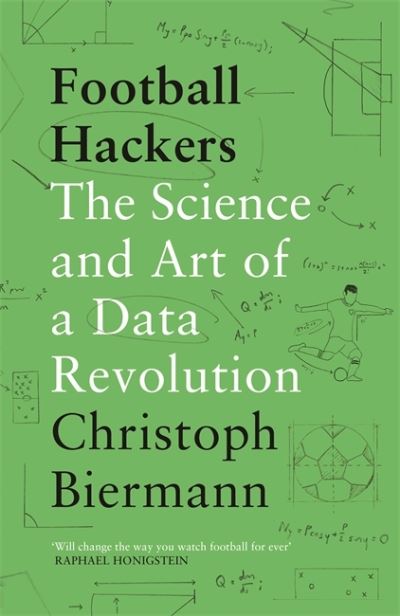 Well written and thoughtful. Takes us on a tour of some of Europe's most innovative football thinkers - Financial Times The future of football is now. Football's data revolution has only just begun. The arrival of advanced metrics and detailed analysis is already reshaping the modern game. We can now fully assess player performance, analyse the role of luck and measure what really leads to victory. There is no turning back. Now the race is on between football's wealthiest clubs and a group of outsiders, nerds and rule-breakers, who are turning the game on its head with their staggering innovations. Winning is no longer just about what happens out on the pitch, it's now a battle taking place in boardrooms and on screens across international borders with the world's brightest minds driving for an edge over their fiercest rivals. Christoph Biermann has moved in the midst of these disruptive upheavals, talking to scientists, coaches, managers, scouts and psychologists in the world's major clubs, traveling across Europe and the US and revealing the hidden - and often jaw-dropping - truths behind the beautiful game. 'A book full of exciting ideas and inside views on modern football. The most exciting book in an exciting time for football.' Thomas Hitzlsperger