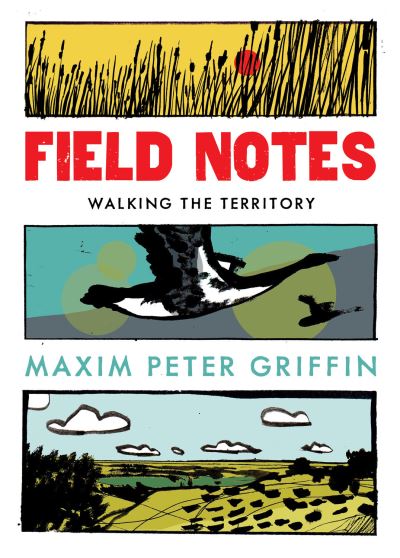 Field Notes   is the record of a territory in full colour: a book of words and artworks that capture a year spent on foot in the Lincolnshire landscape. It is about topography and time. Chalk and flint and marsh. The coming and going of the sea, Neolithic farmers and the razzle-dazzle of weary coastal towns. It is as much about the ghost of a mammoth as it is the scream of a jet fighter, heading east. Each image is a still from a film - a film that is under constant production inside Maxim Peter Griffin's skull. Griffin's art is about taking somewhere and looking at it over and over so that with each looking it becomes strange and new. As well as being a testament to the isolated beauty of Lincolnshire itself, Field Notes  is an extraordinary account of what it is like to be present in, to fully inhabit, a place.