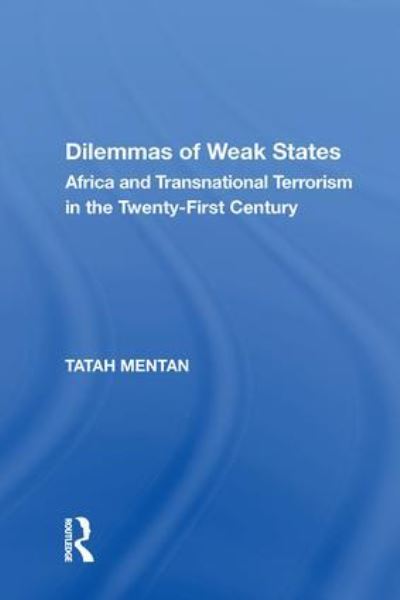 Given the dramatic changes that have taken place in global politics in recent years (especially following September 11, 2001), it is time to examine a series of critical issues confronting the global political economy. One of the most important of these issues is terrorism and its relationship with weak states. This book examines the weak state-terrorism nexus with particular emphasis on Africa. Specifically, it provides an in-depth analysis of state weakness, poverty, and the opportunities offered by the latter for the breeding of terrorism and terrorists. It also looks at the part played by radical Islam in transnational terrorism in Africa. Emerging from this study is recognition of a need for the international system to analyze a wide range of issues that contribute to the weakening of African states.