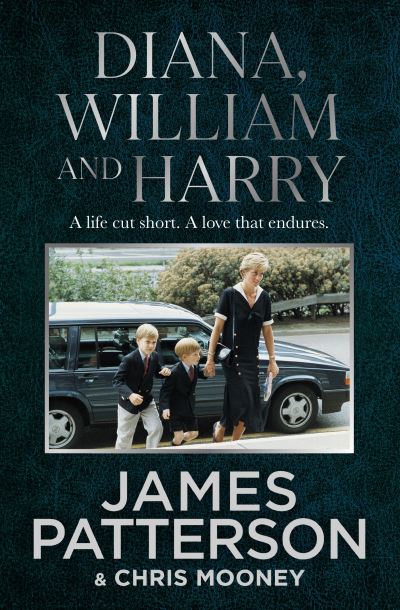 '[A] pacy, frictionless read' Sunday Telegraph ' Cinematic. . . an entertaining and persuasive study of the royal family' Publisher's Weekly 'Patterson treats the princess as a person and tells the story from a mother's perspective' Kirkus ______________________________ Twenty-five years after her tragic death, James Patterson tells the heartbreaking true story of Princess Diana's life as a mother and a global icon. At the age of thirteen, she became Lady Diana Spencer. At twenty, Princess of Wales. At twenty-one, she earned her most important title: Mother. As she fell in love, first with Prince Charles and then with her sons, William and Harry, the world fell in love with the young royal family - Diana most of all. With one son destined to be King and one needing to find his own way, she taught them lessons about royal tradition and also real life. 'William and Harry will be properly prepared,' Diana once promised. 'I am making sure of this.' Even after her tragic death, the strength of her love for her sons remains an enduring inspiration, not only for the two princes, but for the entire world. ______________________________ Praise for James Patterson 'The master storyteller of our times' Hillary Rodham Clinton 'One of the greatest storytellers of all time' Patricia Cornwell 'Truly astonishing' Bob Woodward