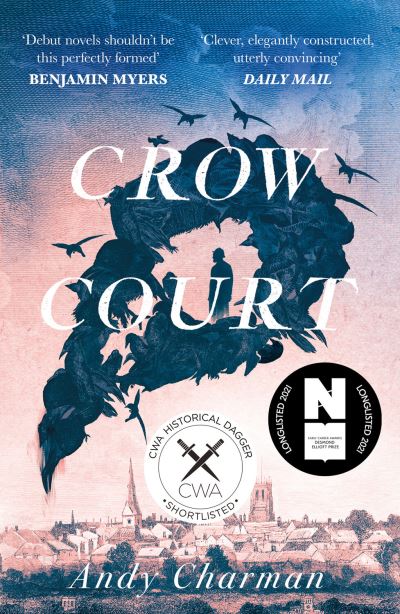 LONGLISTED FOR THE DESMOND ELLIOTT PRIZE 2021SHORTLISTED FOR THE CWA DAGGERS HISTORICAL AWARD 2022 Spring, 1840. In the Dorset market town of Wimborne Minster, a young choirboy drowns himself. Soon after, the choirmaster-a belligerent man with a vicious reputation-is found murdered, in a discovery tainted as much by relief as it is by suspicion. The gaze of the magistrates falls on four local men, whose decisions will reverberate through the community for years to come. So begins the chronicle of Crow Court, unravelling over fourteen delicately interwoven episodes, the town of Wimborne their backdrop: a young gentleman and his groom run off to join the army; a sleepwalking cordwainer wakes on his wife's grave; desperate farmhands emigrate. We meet the composer with writer's block; the smuggler; a troupe of actors down from London; and old Art Pugh, whose impoverished life has made him hard to amuse. Meanwhile, justice waits.