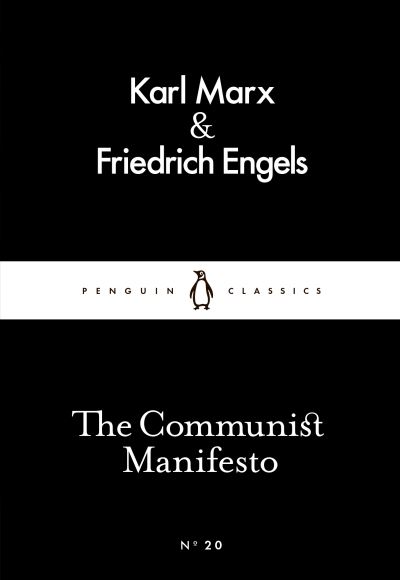 'The proletarians have nothing to lose but their chains.' Marx and Engels's revolutionary summons to the working classes - one of the most important and influential political theories ever formulated. Introducing Little Black Classics: 80 books for Penguin's 80th birthday. Little Black Classics celebrate the huge range and diversity of Penguin Classics, with books from around the world and across many centuries. They take us from a balloon ride over Victorian London to a garden of blossom in Japan, from Tierra del Fuego to 16th-century California and the Russian steppe. Here are stories lyrical and savage; poems epic and intimate; essays satirical and inspirational; and ideas that have shaped the lives of millions. Karl Marx (1818-1883) and Friedrich Engels (1820-1895). Marx's works available in Penguin Classics are Capital, Dispatches for the New York Tribune, Early Writings, Grundrisse, The Portable Karl Marx and Revolution and War.