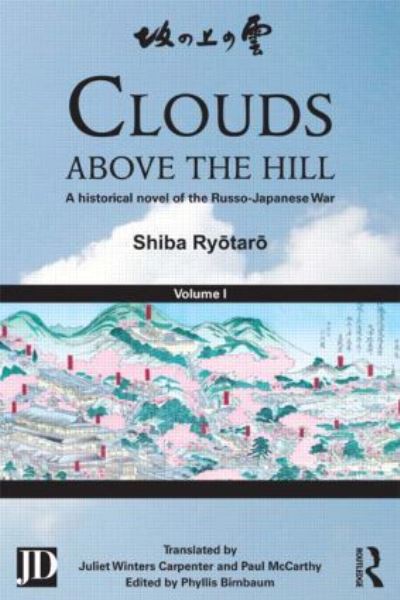 Clouds Above the Hill Volume 1

Clouds above the Hill is one of the best-selling novels ever in Japan, and is now translated into English for the first time. An epic portrait of Japan in crisis, it combines graphic military history and highly readable fiction to depict an aspiring nation modernizing at breakneck speed. Best-selling author Shiba Ryotaro devoted an entire decade of his life to this extraordinary blockbuster, which features Japan's emerging onto the world stage by the early years of the twentieth century. Volume I describes the growth of Japan's fledgling Meiji state, a major "character" in the novel. We are also introduced to our three heroes, born into obscurity, the brothers Akiyama Yoshifuru and Akiyama Saneyuki, who will go on to play important roles in the Japanese Army and Navy, and the poet Masaoka Shiki, who will spend much of his short life trying to establish the haiku as a respected poetic form. Anyone curious as to how the "tiny, rising nation of Japan" was able to fight so fiercely for its survival should look no further. Clouds above the Hill is an exciting, human portrait of a modernizing nation that goes to war and thereby stakes its very existence on a desperate bid for glory in East Asia.