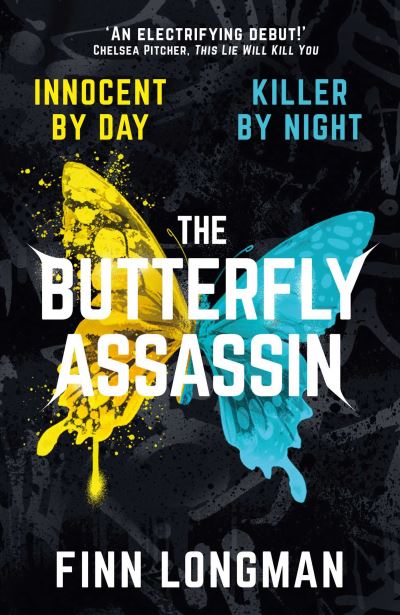 Innocent by day, killer by night: a dark, twisting thriller about a teen assassin's attempt to live a normal life. 'An electrifying debut!' Chelsea Pitcher, author of This Lie Will Kill You Trained and traumatised by a secret assassin programme for minors, Isabel Ryans wants nothing more than to be a normal civilian. After running away from home, she has a new name, a new life and a new friend, Emma, and for the first time, things are looking up. But old habits die hard, and it's not long until she blows her cover, drawing the attention of the guilds - the two rival organisations who control the city of Espera. An unaffiliated killer like Isabel is either a potential asset . . . or a threat to be eliminated. Will the blood on her hands cost her everything? From Finn Longman, an exhilarating new voice in YA fiction, comes an addictive new blockbuster series for fans of global phenomena The Girl with the Dragon Tattoo , Killing Eve  and The Hunger Games . PRAISE FOR THE BUTTERFLY ASSASSIN: 'This dark, enthralling thriller is a compulsive debut' The Guardian  'An immersive, fast-paced thriller' The Irish Times 'A heart-in-your-mouth thriller that grips you from the first page until the very last.' Benjamin Dean, author of The King is Dead   'A bold, jagged and uncompromising thriller that will keep you guessing all the way to the end.' Tom Pollock, author of White Rabbit, Red Wolf 'Sharp and layered, with a bright beating heart. The Butterfly Assassin will lure you deep into a fascinating and dangerous new world.' Rory Power, author of Wilder Girls 'An utterly addictive story. I told myself "just one more chapter" well into the night.' Emily Suvada, author of This Mortal Coil   'Fierce, thrilling, and impossible to put down. Packed full of amazing friendships, plot twists and a desperate fight to survive' C. G. Drews, author of The Boy Who Steals Houses