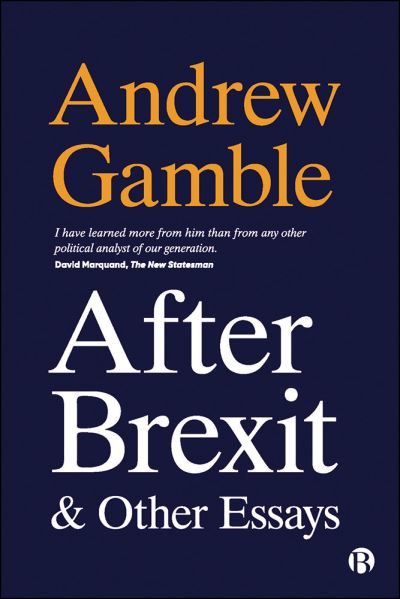 After Brexit and Other Essays

'Being more like America again and less like Europe is the heart of the UK model of capitalism . [but] there are many respects in which Britain remains unlike America despite its strong appeal to the British political class ...' In 'After Brexit' Andrew Gamble sets out the economic models and external relationships that Britain has pursued since the Second World War and examines the choices it now faces as it adjusts to life outside of the European Union. This volume brings together this essay with some of Andrew Gamble's most important and influential writings on British politics and political economy from the last forty years. They reflect on many of the issues that animate British politics, from the relative decline of the economy and the reshaping of the welfare state to the transformation of the Conservative and Labour parties and the changing constitutional order with the devolution of power to Wales, Scotland and Northern Ireland. The volume is introduced by the author and includes his notes on each of the essays as well as an epilogue, which considers their original context and what has changed since. Taken together, the essays in this volume are testament to the acuity of one of Britain's foremost political thinkers and provide rich insight into debates and ideas that continue to influence British politics and Britain's place in the world. A companion volume of Andrew Gamble's essays, The Western Ideology and Other Essays, focusing on political ideas and ideologies, is also available from Bristol University Press.