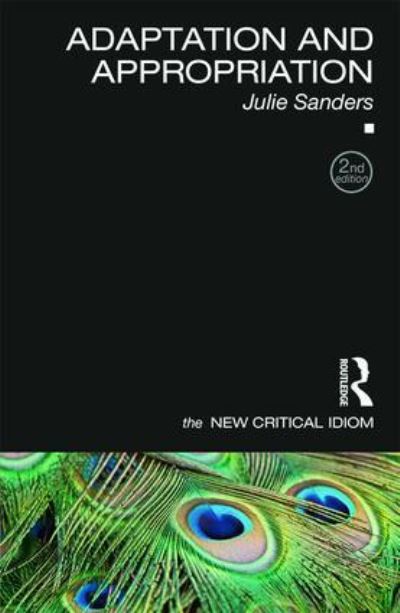 From the apparently simple adaptation of a text into film, theatre or a new literary work, to the more complex appropriation of style or meaning, it is arguable that all texts are somehow connected to a network of existing texts and art forms. In this new edition Adaptation and Appropriation explores: multiple definitions and practices of adaptation and appropriation the cultural and aesthetic politics behind the impulse to adapt the global and local dimensions of adaptation the impact of new digital technologies on ideas of making, originality and customization diverse ways in which contemporary literature, theatre, television and film adapt, revise and reimagine other works of art the impact on adaptation and appropriation of theoretical movements, including structuralism, post-structuralism, postcolonialism, postmodernism, feminism and gender studies the appropriation across time and across cultures of specific canonical texts, by Shakespeare, Dickens, and others, but also of literary archetypes such as myth or fairy tale. Ranging across genres and harnessing concepts from fields as diverse as musicology and the natural sciences, this volume brings clarity to the complex debates around adaptation and appropriation, offering a much-needed resource for those studying literature, film, media or culture.