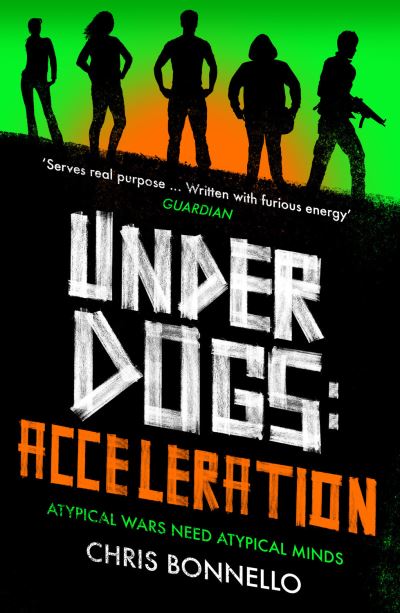 War is raging. Numbers are dwindling. It's a dangerous world for an underdog.  The Underdogs of Spitfire's Rise are falling apart. In the series' penultimate novel, the remnants of Britain's last army are called into battle again - this time to avert the violent deaths of tens of thousands of prisoners. The neurodiverse skills and defiant bravery of the Underdogs are pitched against the might of military science and the terrifying Acceleration project. Meanwhile, Oliver Roth has been offered a promotion that would make him the second most powerful person in Britain. But it's conditional on the success of his next mission: the discovery and annihilation of Spitfire's Rise. The Underdogs fight for the safety of countless prisoners, clueless that their home is being hunted. As each side launches their respective attacks, it's only a matter of time until one triumphs decisively over the other.