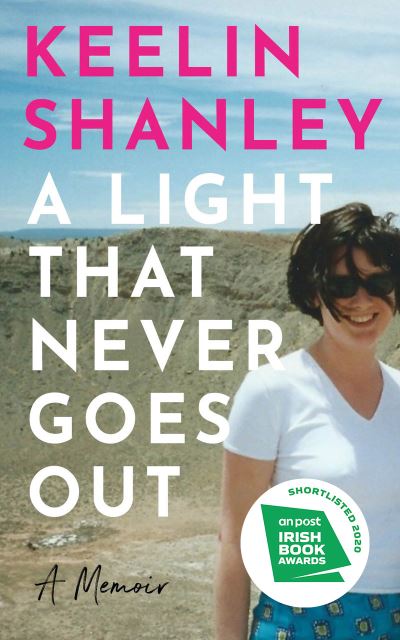 A Light That Never Goes Out P/B

'Keelin's compelling story is as powerful as the woman she was.' Liz Nugent Joan Didion's The Year of Magical Thinking is a masterpiece. This ranks alongside. How can such a beautifully written, intimate, heartbreaking memoir be so uplifting?' Joe Duffy When journalist Keelin Shanley passed away in February aged 51, it was hard to grasp that someone so filled with life was gone. But a light so bright never really goes out, especially since, in her last few months, Keelin wrote a fantastic record of her life. Charting the twists and turns of both a remarkable career as an investigative journalist and a lengthy battle with cancer, in A Light That Never Goes Out Keelin reveals with real honesty what it's like to keep living your life and career - right up to becoming a co-anchor of RTÉ's Six One News - while dealing with the challenges of cancer treatment. Written with the help of Alison Walsh and completed posthumously by Keelin's husband Conor Ferguson, A Light That Never Goes Out is a remarkable story of courage and resilience and a memorable reflection on how to live well, no matter what you're facing.     'A stunning memoir - courageous, searingly honest, moving, funny, an incredible life story beautifully told.' Miriam O'Callaghan 'A beautiful love story, a behind-the-scenes career exposition and a candid telling of what it is like to live with, and die from, cancer. Heartbreakingly honest and heartachingly inspirational.' Caitrìona Perry, RTÉ Six One News Co-Presenter and Author 'I found myself moved again and again by how simply and truthfully Keelin talks about the experience of dying and I am in awe of the immense courage she showed in her final months.  A book which might have been bleak instead breathes with love - for her work, her colleagues, her friends and above all, her family.' Lenny Abrahamson, Director Normal People, Room 'A memoir that weaves the heart-breaking story of Keelin's terminal illness with joyous, insightful and frequently funny accounts from her life and career. A testament to the ultimate triumph of her unconquerable spirit.' Bryan Dobson 'This is such a beautiful book. It's oddly uplifting to read, even though at times I was jack-knived with sorrow. Keelin the most remarkable person - her positivity, her grace, her gratitude for her life would recalibrate anyone's attitude. A life-affirming read that will make every reader grateful for the people they love.' Marian Keyes   'I was deeply moved by her courageous, candid memoir'  Madeleine Keane, Irish Independent   'Keelin Shanley's book A Light That Never Goes Out has left those who have read it in awe of the broadcaster's spirit. A must-read for all of us seeking inspiration and gratitude for the gift of life in 2020' Fionnuala Moran, Evoke   'It's quite something to write about imminent death without veering into self-pity or soaking one's words with melancholia, but she did just that. Shanley's reflections are unadorned, yet somehow intimate. She writes of pain in a way that places the reader right in that moment with her. These are the words of a straight-shooter.' Tanya Sweeney, Irish Independent   'This memoir is a joyful statement of what life can truly be. Imperfect, magical, real.' Estelle Birdy, Irish Times