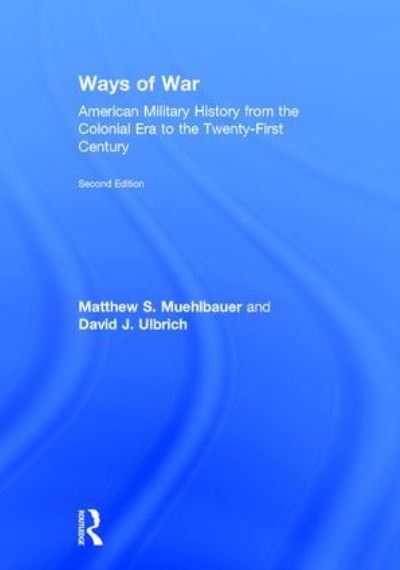 From the first interactions between European and native peoples to the recent conflicts in Afghanistan and Iraq, military issues have always played an important role in American history. Now in its updated second edition, Ways of War comprehensively explains the place of the military within the wider context of the history of the United States, showing its centrality to American culture, economics, and politics. The fifteen chapters provide a complete survey of the American military's evolution that is designed for semester-length courses. Features of the revised and fully-updated second edition include: Chronological and comprehensive coverage of North American conflicts in the seventeenth century and all wars undertaken by the United States; New or expanded sections on Non-English Colonization in Northeast North America, the Beaver Wars, Pontiac's War, causes of the American Revolution, borderlands conflict from 1848 to 1865, causes of the American Civil War, Reconstruction, the Meuse-Argonne Campaign, Barack Obama's second term as president, the Syrian Civil War, and the rise of the Islamic State; 50 revised maps, 20 new images, chapter timelines identifying key events, and text boxes providing biographical information and first-person accounts; A companion website featuring a testbank of essay and multiple choice questions for instructors, as well as student study resources such as an interactive timeline, chapter summaries, annotated further readings, links to online resources, flashcards, and a glossary of key terms. Extensively illustrated and written by experienced instructors, the second edition of Ways of War remains essential reading for all students of American Military History.