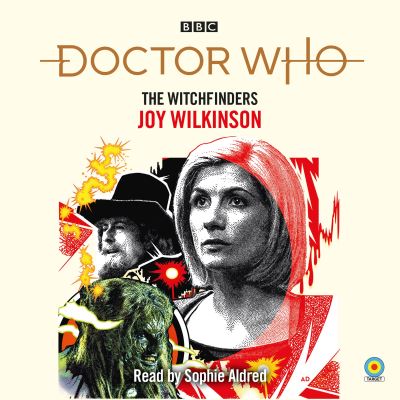 Sophie Aldred reads this brand new novelisation of a thrilling screen adventure for the Thirteenth Doctor. 'I am an expert on witchcraft, Doctor, but I wish to learn more. Before you die, I want answers.' The TARDIS lands in the Lancashire village of Bilehurst Cragg in the 17th Century, and the Doctor, Ryan, Graham and Yaz soon become embroiled in a witch trial run by the local landowner. Fear stalks the land, and the arrival of King James I only serves to intensify the witch hunt. But the Doctor soon realises there is something more sinister than paranoia and superstition at work. Tendrils of living mud stir in the ground, and the dead lurch back to horrifying life as an evil alien presence begins to revive. The Doctor and her friends must save not only the people of Bilehurst Cragg from the wakening forces, but the entire world. Sophie Aldred, who played Ace in the BBC TV series, reads Joy Wilkinson's novelisation of her own 2018 TV script. (P) 2021 BBC Studios Distribution Ltd Reading produced by Neil Gardner Sound design by David Roocroft Executive producer: Michael Stevens