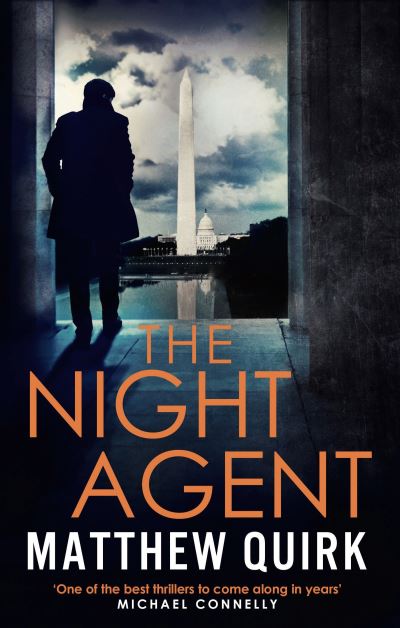 'A plot that twists like a cobra in a sack, a whip-crack pace and engaging characters make The Night Agent a very classy thriller' Financial Times When anyone can be a traitor there's no one to trust FBI Agent Peter Sutherland waits in the White House Situation Room. He monitors an emergency line for calls that might never come. Then the phone rings. A terrified young woman says two people have been murdered and the killer might still be in the house with her. One of the victims gave her this phone number with urgent instructions: 'Tell them OSPREY was right. It's happening.' The call thrusts Peter into the heart of a conspiracy years in the making. There's a Russian mole in the U.S. government and Peter must uncover who it is. The nation's at stake and innocent lives are in his hands. Praise for The Night Agent : 'David Baldacci territory, but done with a refreshing vigour by Quirk who is making a name for himself as a thriller writer to watch' Daily Mail 'A skilfully constructed, fast-paced thriller by an expert on the dark side of the American military-industrial complex. Evocative scene-setting and Quirk's insider expertise make the dullest location in Washington DC pulse with menace' Financial Times 'Quirk moves into John Grisham territory with The Night Agent , a paranoid, pulse-pounding thriller that could not be more prescient' Joseph Finder 'Quirk has earned his spot in the front ranks of thriller writers' David Baldacci 'A captivating narrative that takes us inside the White House's inner sanctum and the shadowy machinations surrounding it. A powerful and taut thriller' Mark Greaney 'This story is impossible to put out of mind... Relevant and revealing, this is one of the best thrillers to come along in years' Michael Connelly 'Strap in for one hell of a ride. The Night Agent is full of twists and surprises you'll never see coming' Ben Coes