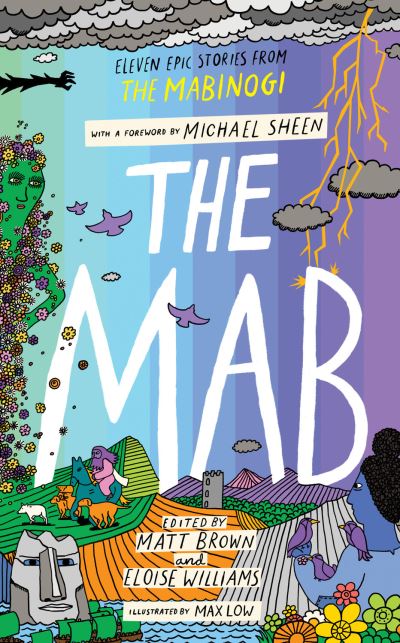 'These stories make the wall between worlds thrillingly thin. Their enchantment calls to us ever from the other side of the door' Michael Sheen, from the foreword If you think you've heard all the fairy tales out there, think again. Inside this book you will find eleven epic Welsh tales from long ago, but not so far away, that are bound to enchant you. The Mab   is a collection full to the brim with brand new versions of really, really old stories from the Mabinogi  - maybe the oldest written-down stories in the history of Britain. But as well as being really, really old, the stories in The Mab  are strange and funny and thrilling. Alive with mystery and magic, they speak of a time when the gates between the Real World and the Otherworld were occasionally left open. And sometimes, just sometimes, it was possible to step through. The stories in this illustrated edition have been reimagined by an extraordinary team of writers, and each appears alongside a Welsh-language translation.