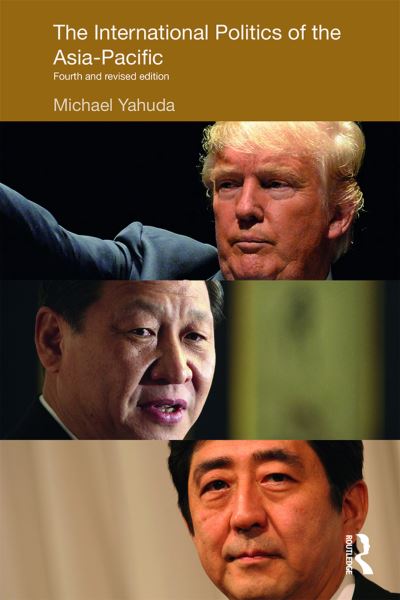 The International Politics of the Asia Pacific

By Michael B Yahuda

This fully revised fourth edition of Michael Yahuda's successful textbook brings the subject up-to-date, introducing students to the international politics of the Asia-Pacific region since 1945. Following an evaluation of the legacy of the Cold War the author assesses the uncertainties of the post-Cold War era, the weakening of America by its prolonged warfare in the greater Middle East, by the enlarged war on terror and by the financial crisis of 2007-8. Amid the decline of the liberal world order and the rise of China, the author examines Chinese attempts to establish a new order. Analyzing politics in terms of the interplay between global, regional and local developments, this new edition also features, Discussion and evaluation of the Trump presidency and its implications for the Asia-Pacific region. Examination of the continued rise of China, especially under the more assertive personal Party dictatorship of Xi Jinping and its impact on the region. Analysis of the resurgence of Japan as a major power and its attempt to counter China's assertiveness by a coalition of regional democracies. Assessments of the repercussions of these developments on the regional 'hotspots' of the Korea Peninsula, a democratic Taiwan and a disjointed Southeast Asia. This new fourth edition will continue to be a core text for students of Asian politics, international relations and Cold War history.