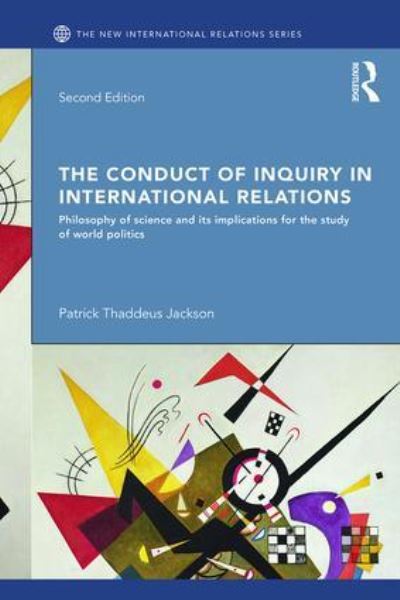 The Conduct of Inquiry in International Relations

The Conduct of Inquiry in International Relations first edition was winner of the ISA-Northeast's Yale H. Ferguson Award, and the ISA Theory Section's Best Book of the Year award. The Conduct of Inquiry in International Relations provides an introduction to the philosophy of science issues and their implications for the study of global politics. The author draws attention to the problems caused by the misleading notion of a single unified scientific method, and proposes a framework that clarifies the variety of ways that IR scholars establish the authority and validity of their empirical claims. Jackson connects philosophical considerations with concrete issues of research design within neopositivist, critical realist, analyticist, and reflexive approaches to the study of world politics. Envisioning a pluralist science for a global IR field, this volume organizes the significant differences between methodological stances so as to promote internal consistency, public discussion, and worldly insight as the hallmarks of any scientific study of world politics. In this second edition, Jackson has centralised the philosophical history of the 'science question' into a single chapter, providing a clearer picture of the connections between contemporary concerns about the status of knowledge and classic philosophical debates about the relationship between human beings and the world they inhabit. The central chapters feature more detailed and pedagogically useful illustrations of the methodological positions discussed, making the book even better suited to clarify the philosophical distinctions with respect to which a scientific researcher must locate herself. The second edition will continue to be essential reading for all students and scholars of International Relations, Political Science and Philosophy of Science.