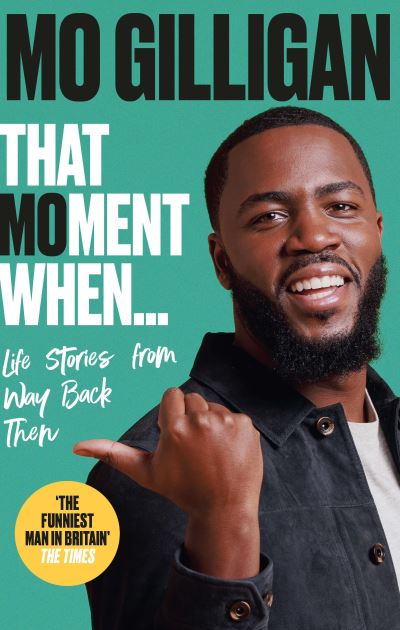 Mo Gilligan, BAFTA-winning breakout comedy star of a generation, reveals the inspirational, life-changing and hilarious moments that made him, with illustrations by Reuben Dangoor. You might know Mo as the critically acclaimed stand-up comedian, BAFTA-winning presenter, Masked Singer judge and social media mega star. But do you know the moments that really made him? Opening up on the turning points, the good times, the challenges and the lessons learned, this is Mo as you've never seen him before. Journeying through childhood memories in South London, Mo reminisces about school days and old-school raving, and takes us behind the scenes of his first comedy gigs, the creation of the original Geezer, selling out national tours and becoming one of TV's most in-demand stars. Share the moment that Mo decided he wanted to be a comedian, the moment he went viral, the moment he realised he was famous (and how to deal with it), the moment his Netflix special dropped, the moment he won his BAFTA and the moments he still has to come. In among the laugh-out-loud observations, life lessons and candid storytelling, there lies the bigger influences in Mo's life - the unsung heroes of the Black British comedy scene, the power of community and the feel-good legacy he wants to create. 'The Funniest Man in Britain' The Times