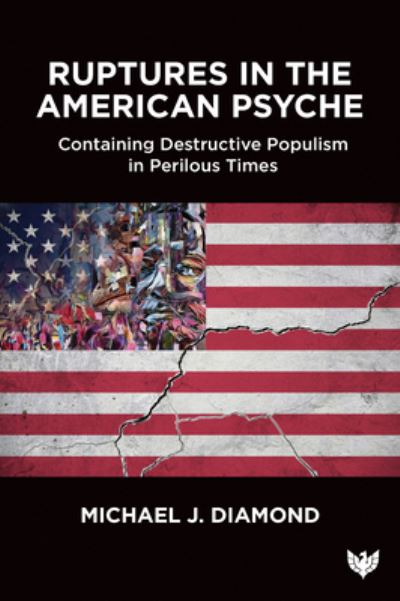 Ruptures in the American Psyche and the Appeal of Trumpism

This book describes Trumpism: the strong allegiance to former President Donald Trump that is in evidence among a sizable portion of the US population. How did Trump come to be elected in 2016, and who supported him during his presidential tenure - and why? How is it that he continues to hold cult-like status, exerting a strong influence not only on many individuals but also on numerous elected officials, despite his defeat in 2020? Why does his character continue to be an object of fascination even among anti-Trumpists, and why will Trumpism continue to play a major role in the American sociopolitical landscape even now he has left the presidential stage? Michael J. Diamond ponders these questions through the lenses of American history and culture, political theory, social phenomena, group dynamics, and psychoanalysis. In exploring the relationship between large-group regression, cultism, destructive populism, delusional thinking, conspiratorial beliefs, authoritarianism, and leadership characterised by narcissism and paranoia, psychoanalytic ideas pertaining to group dynamics, malignant regression, and leadership are brought into play. Prominent psychoanalytic thinkers who have addressed these topics and whose work usefully contributes to the discussion include Bion, Freud, Fromm, Bollas, Kernberg, Lifton, Rosenfeld, and Volkan, as well as Bleger, Jaques, and several more recent Kleinian/Bionian-influenced analysts. Most important, the book makes use of these understandings to reestablish a sufficiently containing frame that strengthens the body politics' nonpathological elements in order to come to grips with these disturbing factors. Whatever their political beliefs, psychoanalysts in the US and worldwide will find much to think about in reading this book's application of their discipline to today's sociopolitical environment. In addition, the book's insights extend beyond arguments targeting a strictly psychoanalytic audience in order to reach social and political thinkers, as well as activists, who are deeply concerned about dangers threatening the very foundations of democracy in the US and worldwide. And finally, the thoughtful lay person will appreciate the accessibility to all these fields that the book provides, and will come away with a much deeper understanding of just what motivates us to take a stand for or against a given political figure. In short, conceptual tools are provided that lead to greater understanding as well as effective strategies and tactics for containment of destructive forces - largely unconscious ones - that imperil our society.