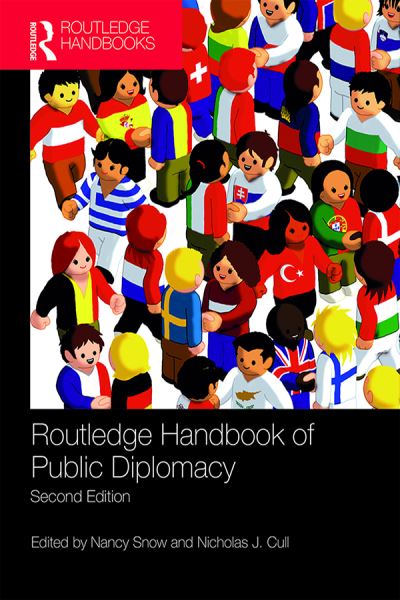 The second edition of the Routledge Handbook of Public Diplomacy, co-edited by two leading scholars in the international relations subfield of public diplomacy, includes 16 more chapters from the first. Ten years later, a new global landscape of public diplomacy has taken shape, with major programs in graduate-level public diplomacy studies worldwide. What separates this handbook from others is its legacy and continuity from the first edition. This first edition line-up was more military-focused than this edition, a nod to the work of Philip M. Taylor, to whom this updated edition is dedicated. This edition includes US content, but all case studies are outside the United States, not only to appeal to a global audience of scholars and practitioners, but also as a way of offering something fresher than the US/UK-centric competition. In Parts 1-4, original contributors are retained, many with revised editions, but new faces emerge. Parts 5 and 6 include 16 global case studies in public diplomacy, expanding the number of contributors by ten. The concluding part of the book includes chapters on digital and corporate public diplomacy, and a signature final chapter on the noosphere and noopolitik as they relate to public diplomacy. Designed for a broad audience, the Routledge Handbook of Public Diplomacy is encyclopedic in its range and depth of content, yet is written in an accessible style that will appeal to both undergraduate and postgraduate students.