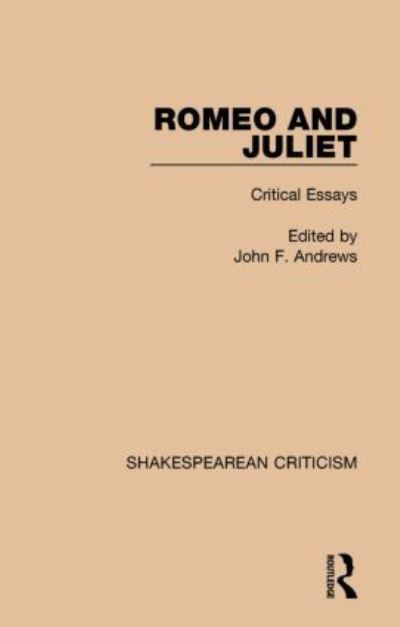 Originally published in 1993. Presenting excerpts and articles on the themes and characters from the most famous story of young lovers, this collection brings together scholarship relating to the language, performance, and impact of the play. Ordered in three parts, the chapters cover analysis, reviews and interpretation from a wide ranging array of sources, from the play's contemporary commenters to literary critics of the early 1990's. The volume ends with an article by the editor on the action in the text which concludes the final section of 8 pieces looking at the story as being a product of Elizabethan Culture. It considers the attitude to the friar, to morality and suicide, the stars and fate, and gender differences. Comparisons are made to Shakespeare's source as well as to productions performed long after the Bard's death.