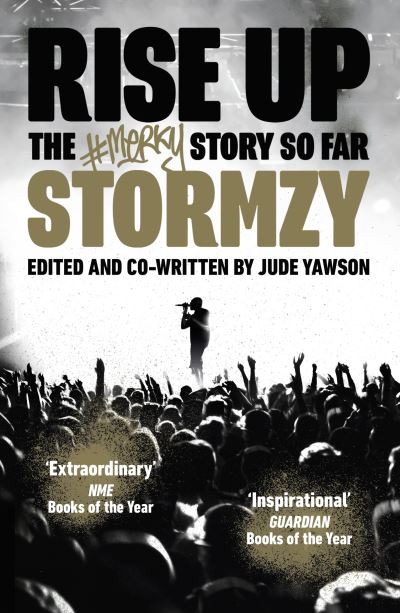 ______________________ THE #MERKY STORY SO FAR Edited and co-written by Jude Yawson Contributions by Team #Merky Images by Kaylum Dennis 'It's been a long time coming, I swear ...' In four years Stormzy has risen from one of the most promising musicians of his generation to a spokesperson for a generation. Rise Up is the story of how he got there. It's a story about faith and the ideas worth fighting for. It's about knowing where you're from, and where you're going. It's about following your dreams without compromising who you are. Featuring never-before-seen photographs, annotated lyrics and contributions from those closest to him, Rise Up is the #Merky story, and the record of a journey unlike any other. ______________________ 'A very important book. The voices we hear from - young, gifted and largely black - are all too rarely heard. These are people who typically have to listen to a daily diet of media negativity about their communities without the opportunities to respond. ... It is truly inspiring to read about the accomplishments of Team Stormzy, realised largely without money or expertise, but with bucketloads of intelligence and hard work.' BBC (WILL GOMPERTZ)