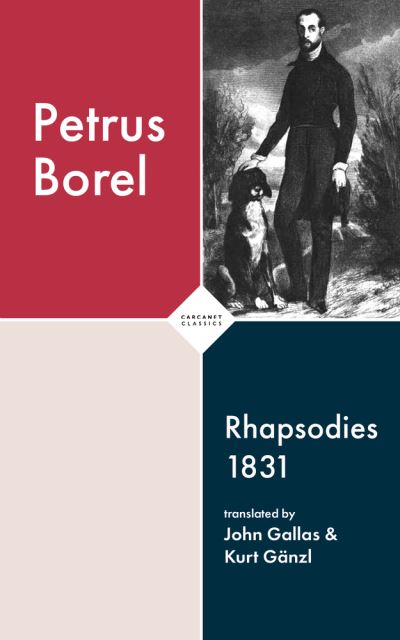 'Borel was the sun,' said Théophile Gautier, 'who could resist him?' Indeed, who? A lycanthrope, necrophile, absurd revolutionary, Paris dandy with a scented beard, flamboyant sufferer: a man with no grave and no memorial. His once celebrated red mouth opened briefly 'like an exotic flower' to complain of injustice and bourgeois vulgarity; of his frustration in love and reputation; of poverty and blighted fate. Then he withered in the minor officialdom of Algeria, where he died because he would not wear a hat, leaving a haunted house and a doubtful name. 'And now,' says his only biographer Dame Enid Starkie, 'he is quite forgotten.' Rhapsodies 1831 includes all the poems Borel wrote when he was twenty and twenty-one. The poems, he said, are 'the slag from my crucible': 'the poetry that boils in my heart has slung its dross'. It is a fabulous, fiery, black-clouded dross: captains and cutlasses, castles, maidens, daggers, danger; calls to arms, imagined loves, plaints and howls of injustice. 'Never did a publication create a greater scandal,' Borel said, 'because it was a book written heart and soul, with no thought of anything else, and stuffed with gall and suffering'. It was not reviewed. Now it is back.