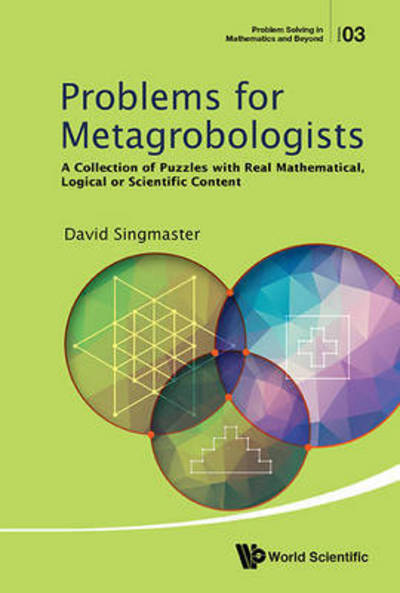 'The collection contains many delightful and enjoyable problems that are either original or taken from old books, which are no longer easily accessible. I especially like the detailed solutions, which make it clear that the author has carefully re-examined all the old problems and often discovered that the previously published solutions were incomplete. Some problems are best solved with the help of a computer, and can serve as original exercises in computer programming. The book provides an enjoyable read, and should not be missing in the library of any metagrobologist.' zbMATHDefinition of metagrobolize: puzzle, mystify; puzzle out. Hence, metagrobology is the study of puzzles and metagrobologist an expert in such study. David Singmaster is possibly the world's best known metagrobologist. He gained prominence in the 1980s with a booklet on how to solve the Rubik's Cube.This book is a collection of over 200 problems that David Singmaster has composed since 1987. Some of the math problems have appeared in his various puzzle columns for BBC Radio and TV, Canadian Broadcasting, Focus (the UK popular science magazine), Games and Puzzles, the Los Angeles Times, Micromath, the Puzzle a Day memo pad and the Weekend Telegraph. While some of these are already classics, many of the puzzles have not been published elsewhere previously.Puzzle enthusiasts of all ages will find here arithmetic problems, properties of digits; monetary problems; alpha-metics; Diophantine problems; magic figures; sequence problems; logical problems; geometric problems; physics problems; combinatorial problems; geographic problems; calendar problems; clock problems; dissection problems and verbal problems.Can you solve it? Are you smarter than a metagrobologist? Check out Alex Bellos's Monday Puzzle on The Guardian as he features two sequence puzzles from the book.