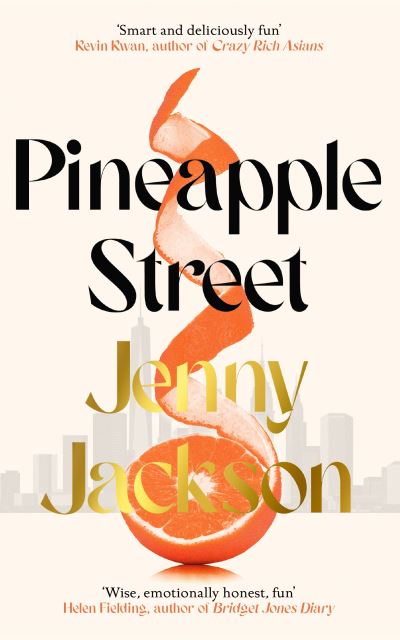 THE MUST-READ DEBUT OF 2023 'I stayed up until five in the morning devouring PINEAPPLE STREET. Nothing beats a story told this well and rendered with such lovingly comic precision . . . Truly the smartest and most deliciously fun novel I've read in ages' KEVIN KWAN 'A portrait at once searing, hilarious and poignant of a New York Family straight-jacketed by their own wealth' MIRANDA COWLEY HELLER, author of THE PAPER PALACE 'A lovely, absorbing, acutely observed novel about class, money and love' NICK HORNBY This unputdownable debut follows three women in an old Brooklyn Heights clan: one who was born with money, one who married into it, and one who wants to give it all away. Darley, the eldest daughter in the well-connected, carefully guarded Stockton family, has never had to worry about money. She followed her heart, trading her job and her inheritance for motherhood, sacrificing more of herself than she ever intended. Sasha, Darley's new sister-in-law, has come from more humble origins, and her hesitancy about signing a pre-nup has everyone worried about her intentions. And Georgiana, the baby of the family, has fallen in love with someone she can't (and really shouldn't) have, and must confront the kind of person she wants to be. Rife with the indulgent pleasures of life among New York's one-percenters, Pineapple Street is a smart, escapist novel that sparkles with wit. Full of recognisable, loveable - if fallible - characters, it's about the peculiar unknowability of someone else's family, the miles between the haves and have-nots, and the insanity of first love - all wrapped in a story that is a sheer delight.