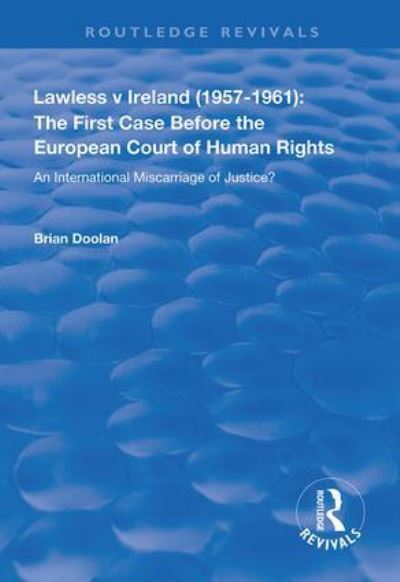 This title was first published in 2001. The case of Lawless v Ireland is a landmark in the development of human rights jurisprudence. Stemming from the introduction of detention without trial by the Irish government in response to the resurgence of political violence, much of the material relevant to the case brought before the European Court of Human Rights, has remained closed to public scrutiny. This book is the first to provide a detailed documentary of the case, assessing the adequacy of the investigatory processes provided under the European Convention and questioning whether the factual conclusions reached by the European Commission on Human Rights were correct. In what will be an essential reference for academics and students of human rights, the book raises doubts as to whether the Strasbourg institutions, established to rectify national breaches of human rights, might in fact have perpetrated an international miscarriage of justice.